Thank you and your staff for running such a great clinic. The students are still talking about it. I hope you are able to offer something like this again next year. Thank you again from myself and the Jazz Cats. 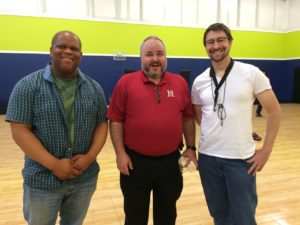 Music Week was an awesome event. It was so well organized and all of the kids were able to participate. They talked about it for days — so excited to be with “real musicians.” There’s no doubt that Dana Elementary plans to have the Mobile Music Lab back again in 2018. 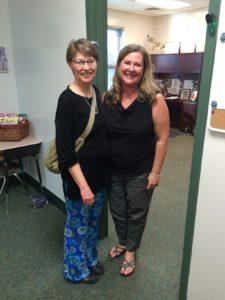 Preach Jacobs, a Hip-Hop artist and journalist from Columbia, S.C., has the attention of a roomful of teenagers at the Boys & Girls Club as he demonstrates how Hip-Hop is created and talks about its origins. “The Hip-Hop culture at its finest is when you’re able to speak about what’s going on in your community,” Jacobs tells them.

In a gym on the club campus, Shannon Hoover is showing a group of third through fifth graders the first steps in learning music. “It’s a long process to learn how to play an instrument,” says Hoover. He plays a short jazzy riff on the keyboards. “Sometimes I sit down and I don’t know what I’m going to play,” he says. “You just explore. That’s how I got into music.”

Whether any of the kids follow in their instructor’s footsteps remains to be seen. But they pay attention and take delight when Hoover lets them try a few notes on the keyboards and later on a trumpet.

The instruction in the Teen Center and the elementary school room is part of a new program coordinated by Rob Tolleson and the Hendersonville Community Music Center. Tolleson has worked to expand the center’s outreach. “For a lot of these kids, it’s the first time they’ve played any of these instruments,” he said. 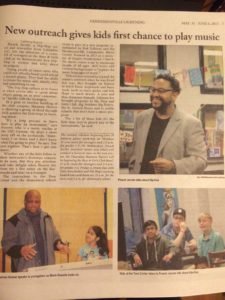 The Boys and Girls Club of Henderson County had one busy summer. The activities and accomplishments of the last nine weeks were the focus of Family Night Thursday – around 300 parents attended the program, enjoying dinner and updates about the club. This summer the club served 879 youth, according to Executive Director Julia Hockenberry. “We’ve had a blast this summer,” she said.

At Family Night, a group of club members played drums and other instruments. A group of local musicians came to the club this summer, teaching lessons with drums, guitars, brass and woodwind instruments. Members also got the chance to practice writing lyrics and reading music. 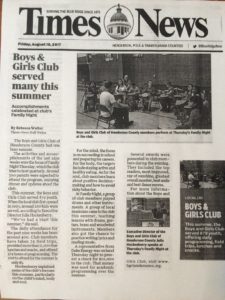 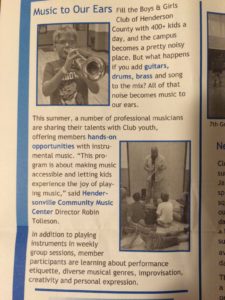 “I’m good at music!” exclaimed the young boy, following his first percussion lesson at the Boys & Girls Club of Henderson County. Robin Tolleson, drummer and director of Hendersonville Community Music Center, says that until that experience, the boy had been shy about playing. Other teachers have similar stories to tell.

A Boys & Girls Club member who learned to play “Smoke On The Water” on guitar, describes his experience with HCMC: “I think this class is awesome because it helps kids understand different cultures and instruments. And the teachers are great because if you don’t catch onto something the first time, they’ll slow down and let you try again.”

Tolleson envisions more growth for HCMC…”Getting to know and work with kids in the schools and at the Boys & Girls Club has shown me how important even one hour can be in someone’s day,” he says. 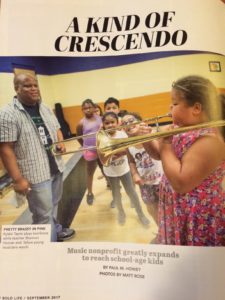 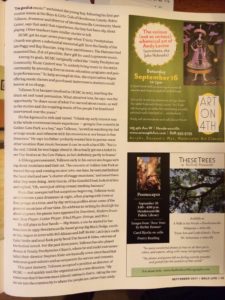 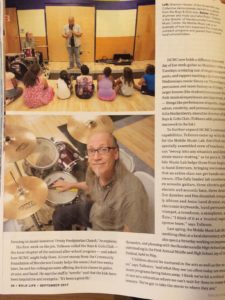 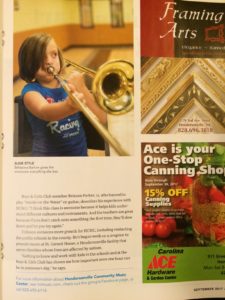