“To become a vital community resource to encourage and enable people of all ages, skill levels, economic and cultural backgrounds, to explore the many languages of music.” 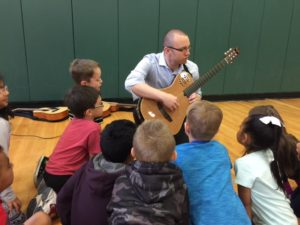 Hendersonville Community Music Center (HCMC) began in September 2013 as a project of Trinity Presbyterian Church, after long-time church members Peggy and Ray Hannan provided seed money in their estate for the establishment of a community outreach music program. Under the direction of Brandilyn Davidson, classes were begun for children and adults at the church, including Orff Instruments, Kids’ Rock Band, Piano, Guitar, Drums, and Music History. 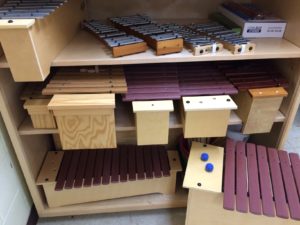 While Andrew Hiler was director in 2015, an advisory board was formed, and the center applied for and was granted 501(c)(3) status as an independent, self-sustaining organization. HCMC remains headquartered in Trinity Presbyterian Church, 900 Blythe Street in Hendersonville, and the church provides two instruction rooms and an office for HCMC’s director, rent-free.

In January 2017, Robin Tolleson was asked to serve as director of the HCMC, and brought in new ideas of musical outreach, including the concept of a Mobile Music Lab. 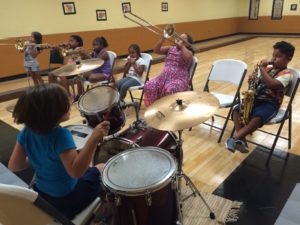 In February of 2017, the HCMC began working with the Boys & Girls Club of Henderson County to provide a variety of music classes at the club facility to increase the musical fluency of our county’s young people, prepare them for middle and high school bands, encourage their creativity and provide a healthy outlet for their self expression through engaging lessons with a team of excellent teachers. 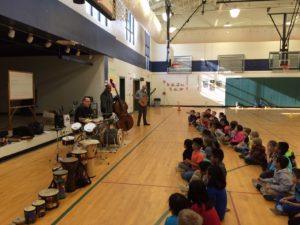 In March of 2017, the HCMC’s Mobile Music Lab visited Dana Elementary School with teachers Shannon Hoover, Andy Jurik, and Robin Tolleson, for a week of classes. 500 students had the chance to play a trumpet, trombone and tuba, guitar, bass, and drums of all kinds. HCMC returned to Dana in 2018, and in 2019 the Mobile Music Lab did a presentation at Edneyville Elementary School’s Career Day. 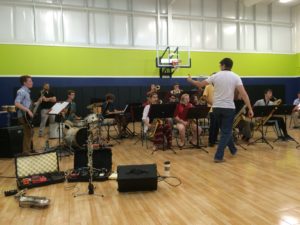 In May of 2017, the HCMC hosted its first annual middle and high school Joy Of Jazz Festival at the Boys & Girls Club. The Hendersonville High School Jazz Band received instruction from clinicians Jacob Rodriguez (Michael Buble Big Band), Steve Alford, Shannon Hoover, Ben Bjorlie, and Robin Tolleson during a morning session, and performed a concert for the public in the afternoon. The festival has continued to grow, in 2019 hosting three youth jazz bands, 55 young people, with instructors Rick Simerly, Will Younts, and Andy John joining the team. 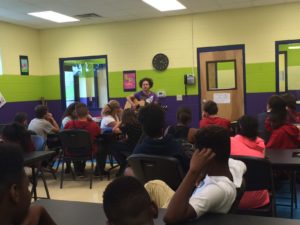 In June of 2017, thanks to a grant from the Community Foundation of Henderson County and a donation from Dick and Betty Bobb, the HCMC began an expanded summer program at the Boys & Girls Club which included music four days a week – Club Band, Guitar, Voice, Drums, and Lyricism and Songwriting classes. In 2019, thanks to a donation from Tom and Julie Leever, through the Community Foundation of Western North Carolina, the center will continue its exciting summer music program at the Boys & Girls Club. 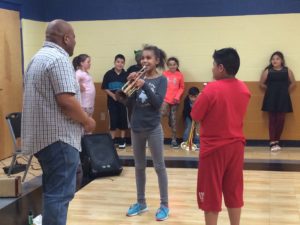 In 2019 the HCMC expanded its focus to also share music with the children of Trinity Pre-School, teens from the St. Gerard House, and adults at the Hope Academy, all promoting the center’s goal of Community Through Music.